School Site Council
The School Site Council (SSC) is responsible for the development of the Single Plan for Student Achievement (SPSA), in consultation with the English Learners Advisory Committee (ELAC).The SSC is also responsible for meeting all school level federal parental involvement mandates including the development of the Title I Parent and Family Engagement Policy, Title I Parent and Family Compact, and monitor the appropriate spending of budgets 7S046 - CE NCLB TI Schools and 7E046 - CE NCLB School-Parent Involvement. The SSC meets publicly once a month though out the school year. Agendas are posted in front of the school.
2021 - 2022 SSC
There are 12 members with only one, the principal, with automatic membership. All other members are elected by their peers.  SSC Officer roles will be elected by the SSC members.
Nomination and Elections of the SSC
•  Four Classroom Teachers and One Other Staff - Nominations distributed on Thursday, September 2 with deadline on Friday, September 10.  Elections on September 13.
•  Three Students  - Letters distributed on Thursday, September 3.  Nominations deadline September 11 and Elections on the week of September 13.
•  Three Parents - Letters distributed on Thursday, September 3. Nominations and Elections on Monday, September 14.
The first SSC meeting is scheduled for Wednesday, September 30th at 5:00 PM on Zoom*
*At this time, all SSC meetings will be held Virtually on Zoom. Codes will be posted on the agendas attached below prior to each meeting.
IMPORTANT SSC DOCUMENTS:
2021-2022 School Year

Coffee with the Principal - LCAP (Bullying) 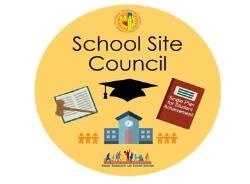